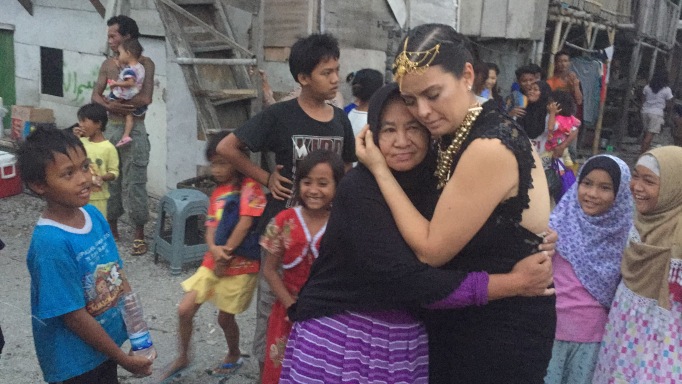 My mom was a refugee. My grandpa sent her away from Medan, Indonesia where she was born when she was 10 years old, because there was a genocide that began when the CIA tried to overthrow the communist president Sukarno and turn people against his alliance with China, by spreading the rumor that the Chinese in Indonesia were oppressing the indigenous by making a lot of money while others didn’t, very much like the Holocaust was rationalized in Germany.

I live to this day with the post traumatic stress of my grandpa and my mom, and while I’ve been mostly able to heal from it, they definitely haven’t. That is why I find #HillaryClinton’s #interventionism unbearable; because I know that the devastating consequences will last far after she is dead and there is no worthy reason to take other sovereign nations’ right to succeed or fail on their own terms, away from them. We don’t know their culture, we don’t know their laws.  These are wars of self interest, more than anything.
Secretary Clinton did get to intervene in Libya and when critics say her elimination of Gaddafi led to the rise of Isis, she blames Obama for not having bombed Libya after Gaddafi was killed. So goeth the narrative with Syria. Since we know her friend #SidneyBlumenthal was hoping to get a huge government medical care contract from the replacement government with Libya, we can infer (and debate the legitimacy of inferring) that they had assumed a standard US issued government like those in Iraq and Afghanistan would be installed – what people in other countries like to call “puppet governments”. The world is pretty tired of that sort of proxy colonialism that the US has practiced for years – the kind John Perkins has documented Henry Kissinger being a proponent of in his book “Hoodwinked”.
When you know the extent of the damage done by our agents worldwide, you will stop seeing Isis or Osama Bin Laden as demons and start realizing that they are human beings responding to conditions that the US helped create. Osama was there when his parents cut deals with the Bush family for oil, that would disenfranchise the people of Saudi Arabia, who live in abject conditions while their rulers profit from corruption. John Perkins details his involvement in that corruption in his book “Confessions of an Economic Hit Man”.
The people of Isis have been radicalized by constant violence, death and ultimately heartbreak which has been ongoing in their region since 2001.  It’s been 15 constant years of unrelenting violence.  Many of them were children whose minds were still developing when exposed to this tidal wave of violence that we decided to unleash on them for no good reason.  We haven’t apologized to the mothers whose babies died, the women or men who were raped, for #AbuGhraib, for the destroyed infrastructure, cultural treasures, farms, or lives.
Violence breeds violence.  Love breeds love.  When we are taught to see the other side as evil, it is meant to cast ourselves as innocent. Which means we can hide our own evil and our own darkness from ourselves by projecting it onto the other.

Secretary Clinton is less morally compromised than Donald Trump, still she believes that she has to be compromised in order to succeed.
Corporations who give her money, like Monsanto, stack the ranks of regulatory agencies like the EPA, and their chief is appointed BY THE PRESIDENT, which in turn makes it impossible for us to get approval for safe, organic pest control used widely in other countries (in just one of many examples) and criminalizes many important agricultural practices like actively aerated compost tea (illegal to transport across TMK lines meaning someone can’t start a business making it really well for other farmers).
What I’m not willing to accept is that a so-called feminist candidate is willing to support biotech companies who spray little kids with pesticides in Kaua`i schools and then refuse to tell doctors what the kids were sprayed with. I’m not willing to accept a woman whose mentor is Henry Kissinger, a sociopath who engineered the economic demise of many developing nations by assassinating their leaders. I’m not willing to accept the corporate rape of Honduras and Central America assisted by this woman who prevented a democratically elected leader from returning to his post. And I’m not willing to accept the ignorance of that same woman who wanted to send back child refugees fleeing from the violence that she was instrumental in unleashing. I’m going to have another choice and I think the world will be uplifted by having a leader who sees that peace is more powerful than war.
What I believe is that I cannot accept that these horrors will be perpetuated because we all just settle for things being kinda wrong. That “kinda wrong” for first worlders means “my village was terrorized by corporate soldiers and several farmers were murdered because they wouldn’t give up their land and some young girls were raped” for a ‘third worlder.
Bernie may be wrong on some things, however I think when challenged he makes an effort to inform himself, as he did with #BlackLivesMatter. He is running on the premise that he can’t accept a certain level of wrong because the cost of that complacency is too great. That is where he has got me and where my passion to see him elected comes from. 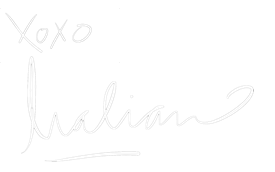